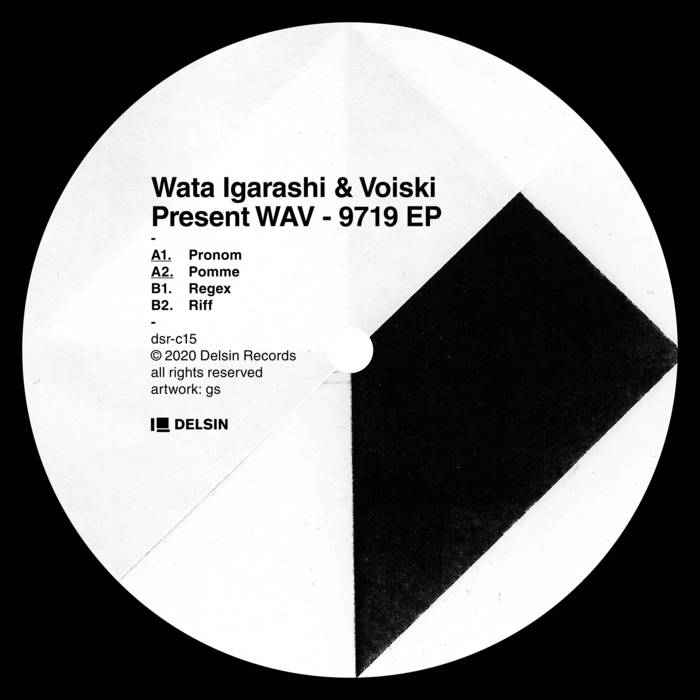 Wata Igarashi and Voiski join forces to present their new collaborative project, WAV. Ignoring the physical distance between Tokyo and Paris, a personal and musical closeness encouraged them to start exploring what they could create together. Voiski the Parisian centipede who brings synth heavy perfection to techno and Wata Igarashi known for his stylishly reduced, immersive melodies and futuristic grooves, collaborate for the first time on Delsin Records.

The result is a late night affair with atmospheric pads that get you in a trance. Peak-time electronics and floating grooves traveling through the cosmos on knife sharp rhythms. Across four tracks you can hear clear elements of both Igarashi’s and Voiski’s solo productions, without sounding like anything either has done before.

Bandcamp Daily  your guide to the world of Bandcamp